Keeping Up with A Shifting Workforce 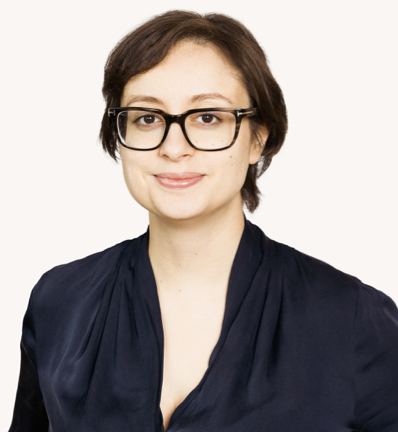 Coming out of the last recession, a few trends came together to enable a new generation of alternate work arrangements (i.e. 1099 workers, temp help, on-call workers and contract firm labor). The first was a growing service economy, a classification that now encompasses 79% percent of the US GDP[1]. The second was obviously the pressure of the recession, which forced people into a variety of sub-optimal work arrangements, including losing W-2 status and taking roles as contractors in contingent roles. The recession also put pressure on enterprises to reduce costs and add flexibility with labor. The third was technological advances that enabled enterprises to efficiently source talent outside their walls, including the proliferation of smart phones and the general migration to working in the cloud that made leveraging remote talent possible. Simultaneously, new platforms and technology made it possible for independent contractors to make a living off of freelance work in multiple fields. The fourth (really a combo of forces) was the ACA allowing employees to have affordable health insurance outside a W-2 relationship.

The result was that of the jobs that came back, 94% returned in alternate work arrangements[2]. Importantly, these were not temporary roles marking a recovering economy, but largely non-contingent placements in which the 1099’ers were actually quite content.

So in the last recession, technology and recessionary pressure combined to accelerate what the service economy was already allowing – the sourcing and productive engagement of talent outside of the traditional, full-time W-2 arrangement. This crisis is different.

This crisis is unique because it isn’t the service economy that is currently in demand. The near-term impact has obviously been a massive bump in demand for essential goods and delivery of food and consumer products. While toilet paper shortages will resolve themselves in time, appetite for rapidly delivered goods and produce is likely to stay, and the crisis seems to have accelerated a trendline toward ecommerce.

In addition, this crisis has highlighted global supply chain risks – for example, 81% of companies rely on Chinese suppliers.[3] For many companies, the coronavirus reinforced a concern that had already arisen from the trade war, prompting a rethinking of supply chain and a drive to onshore manufacturing, especially as it relates to medical products and essential goods. This will be a challenge – already US manufacturers reported over 500,000 open jobs they couldn’t find a skill match for.[4]

After this crisis, it is likely manufacturing, logistics and product-related roles that are going to shape employment. Compare today’s in-demand roles – Store Associate, System Operator, Driver, Warehouse Manager – to what was in demand at the tail end of last year: AI Specialist, Robotics Engineer, Data Scientist, Full Stack Engineer…[5]

This enormous shift creates a huge need for vocational training. And as an added challenge, it needs to work fast – this crisis represents not just the largest, but also the fastest labor shift since WWII.[6]

This rapid retraining and redeployment of millions of individuals will be happening across firms and within companies. It is likely government programs will spring up to support the unemployed with training as well. In the near-term, workers slotting into critical mid-crisis roles as store associates, drivers, warehouse workers, etc. need rapid training and on-the-job learning. And long-term, the more permanent shift from service to logistics positions requires substantial re-education and new degrees. Our learning system will have to change to accommodate.

For a while now, there has been a tense relationship between traditional degrees and the job market. Even before the crisis, both undergraduate and graduate programs were feeling the pressure from underemployed student bases that graduated overloaded with debt. Alternatives were already cropping up, offering either cheaper education focused on specific, in-demand skills sets (General Assembly) or by taking a different approach to repayment via Income Share Agreements.

The speed with which the economy is demanding a new set of skills doesn’t create a long window for people to get new degrees. Of course, even if it did, the traditional institutions that offer them are themselves floundering while unable to host students in a physical setting. Clearly, the crisis should force a number of traditional schools to rethink their models and layer in some of the virtual training for-profit schools have leaned on for years.

Already, many learners were questioning the inherent value of a degree. 68% of people globally agree that a degree or certificate from a vocational college or trade school is more likely to result in a good job with career prospects than a university degree.[7] If major programs have to rethink the format of their education while the job market drastically tightens, students are even more likely to rethink the value of a traditional degree. Especially when some online offerings come with job guarantees.

More importantly, companies are rethinking the value of university degrees – 80% of US tech hiring managers and recruiters said they have hired a coding bootcamp graduate for a tech role[8]. Many companies now officially support hiring without college degrees, for example- IBM, Google, Nordstrom, EY. It follows that master’s degrees should be even less of a job requirement in fields where GitHub projects can communicate fit better.

To be clear, I don’t think we’re tossing traditional undergraduate degrees out anytime soon. I just think this crisis will drive some learners to different solutions. In April, a third of polled Americans believed they would need additional education to secure a comparable job if they lost their current role, and 54% of them were leaning toward online solutions.[9] Given that job losses are impacting a large portion of the population – even focusing just on those likely to be permanently impacted within retail and hospitality – the demand should be huge.

Even within roles, it seems that most people expect continued learning and upskilling to be a critical piece of the way they navigate their careers going forward.[10] From the enterprise’s perspective, offering learning resources has tangible benefit. For one, the ability to source required skills within company walls without paying the cost to recruit new team members is an obvious perk. Offering learning as a benefit also has proven to deliver higher retention of employees who value the career development and investment in their growth. As a result, free and paid online resources, supportive digital learning communities, digital mentorship and support – all should see a boost in demand.

Interestingly, this may stunt the growth of tuition reimbursement programs, which were valuable perks for a generation battling record levels of student debt. If enterprises lean into offering learning resources and upskilling opportunities, covering courses through solutions like Guild Education, it is likely they would focus less on supporting tuition reimbursement. The unemployment levels will also contribute: pre-COVID, tuition reimbursement was among a list of valuable incentives to win the war for talent, but given the unemployment levels post-crisis, the leverage will shift back to employers who will likely pull back on these perks.

Enterprises will struggle to absorb the workforce that emerges from digital learning. Digital learners develop skills and areas of expertise; today most job specs spell out degree requirements rather than skills targeted. Of course, the past few years already saw multiple efforts across HR tech to identify, recruit and manage the skills within organizations, with the goal of hiring well and leveraging existing teams. Despite many efforts, understanding the skills gap within a company or matching skills to open roles inside of a company is still an unmet challenge. This crisis has already forced many companies to think about what they can do with fewer resources; reallocating talent within their existing workforce will be key.

Many enterprises found themselves poorly equipped for the transition to remote work, in addition to being exposed globally as lockdowns impacted resources like call centers. For them, automated solutions will become more appealing, especially when hurdles to allowing workers to operate from home are material. Think, for example, of employees handling sensitive customer data, or cases that require costly investments to equip employees with adequate broadband connections.

Pushing more customer support traffic through bots or similar AI, for example, should look comparatively better. And American companies alone currently employ 2.9 million customer service workers, up from 30% a year earlier.[11] Customer service becomes exponentially more important, of course, as in-store bleeds into an omnichannel future. Customers need to know where their purchases are, they need to make returns or exchanges in person or effortlessly by mail, etc. There is a lot of room to improve here. In contact centers, 36% leverage AI today and another 25% had plans to within 12 months. [12]

Automation is exceptional for replacing weak points like this, but it is also valuable for enabling an effort to bring more manufacturing to the US cost-effectively, and for generally allowing more interactions that avoid human contact and slow the spread of this and future pandemics.

When we looked at the shift to contract labor in 2016, much of the attention was on gig workers; but that was a relatively small pool of people at the time and importantly the vast majority of them were using the platforms as a side hustle. Research showed little gravitation toward these labor platforms (Uber, DoorDash, etc.) as primary work, but instead as mechanisms to smooth out earnings.[13] This made on-demand platforms and services around them less compelling, since it is hard to build solutions for a group of people who move in and out of those roles. From an investing POV, it implies the benefit will accrue to the existing platforms.

But the soaring demand for delivery could propel a change. Coupled with high unemployment, it could propel growth in gig labor and motivate a large group of people to transition to gig work full-time. If this happens, even with today’s on demand labor pool (likely 5M), expect some pushes toward re-categorization like Canada’s “dependent contractors” and corresponding pressure on platforms around some unemployment insurance, sick leave, etc. Many startups have tried and failed to be the central artery through which gig workers find shifts across platforms, but with historically so few in the pool and most gig workers not consistently working, these were uninteresting. New opportunity should appear now.

How else do you expect COVID-19 to affect labor? Drop us a line with your thoughts, and check back next week as we dive into how this crisis will change our cities and our homes.

[3] Tan, Huileng. “There Will Be a ‘Massive’ Shuffling of Supply Chains Globally After Coronavirus Shutdowns.” CNBC March 2020.

[4] Rogers, Kate. “Manufacturing Is Facing a Growing Skills Gap That Is Leaving Hundreds of Thousands of Positions Open.” CNBC October 2019.

When it's time to scale your vision.